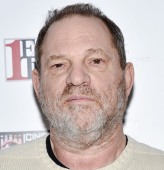 Harvey Weinstein is not the first example of mass hypocrisy by the secular progressives.  He is just so over the top that even now the movement cannot come to his defense, although, watch them try. The examples are numerous already, but how about this one for laughs and giggles.

The defenders are applauding all the brave women that are coming forward to pile on the heap of contempt for Weinstein’s behavior and character.  Never mind that only one came forward in the last thirty years to expose what any of the victims or witnesses could have done at the time.  All the shock and surprise that no one saw this coming as Jane Fonda so bravely shared on behalf of all the other shocked and uniformed observers.  The grandstanding, fake outrage and denial is contemptible.

I do not expect to see any of the brave women that are coming forward now to be treated with similar conviction as was demonstrated toward Joe Paterno. It is alleged that Paterno knew about Jerry Sandusky’s behavior prior to the story coming to the surface.  For that, Paterno was vilified and ostracized to the point where a statue commemorating all his years of service as a coach and teacher were eliminated from existence. His life and career left shrouded in shame because he failed to speak out.  One cannot defend Paterno’s choice to remain quiet and the consequences of his silence were justified.  That said, I fear in Weinstein’s case there will be nothing more than more hypocrisy.  Will any of the men and women who have known about Weinstein’s behavior from the beginning be treated with the same contempt as was Paterno?  It remains to be seen.

This is a case of a whole lot of people rebelling against the truth that there are consequences for unwise behaviors and choices. Weinstein for his choices of selfish, arrogant, and evil behaviors knowing full well the choices were wrong. The Brave victims who kept silent for fear that selfish motives of fame, and fortune would end. The hundreds of “uniformed” who allowed Weinstein’s  behaviors to continue in order to maintain the facade. It just got so outrageous the only choice was to shine the light and take the hit.

Is there a desire to see this kind of behavior end?  Will there be a concerted effort on the part of Hollywood to put in place safeguards and enforcement practices that will prevent this in the future?  It will die down quickly and there will not be an attitude of surrender or repentance, but rather just disappointment that so many were exposed.

Weinstein is headed to Arizona where he will camp out at a $2000 a night rehab center.  Harvey has a sexual addiction. A little therapy will help him change his future behavior.  Never mind he has left a tsunami of brokenness in his wake that will most likely not be addressed. Never mind that in a few weeks it will all be forgotten, the brave whistle blowers will return to Hollywood, and hypocrisy will reign once more. As for Harvey, I imagine there is not a lot of remorse going on at the resort.