The Moral Law does not change. 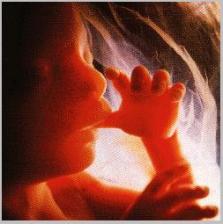 So now we hear that we have been selling body parts.  The video hit the airwaves and in just a few days the apologists for Planned Parenthood defended the practice by saying, “no laws were broken…there was nothing illegal done…this was a group of people with a vendetta against abortion…there’s nothing to see here”.

If the verbal gymnastics by the supporters of child murder was not so horrific it would be comical.  Will the line they have crossed this time call the supporters of life to the front line or will this go away in a couple of news cycles and life just move along unaffected?

Will moral law trump government opinions passing for laws ever re-establish itself in this country?  I have my doubts.  It is not surprising that Planned Parenthood has moved down the slippery slope to this demented level.  What is discouraging is the lack of dissent by the public in general.  There is no outrage from the news organizations, instead weak attempts to deflect the behavior by attacking the messenger.

Let’s reframe this.  Let’s suppose that the government determined that for the sake of the society at whole it would be beneficial to begin murdering two year olds in order to secure healthy body parts for research and development.  One would like to believe that there would be an outcry so loud on the part of every human that a practice of that nature would be declared absolutely and totally unacceptable.

So, in that case, moral law would trump government law.  And yet history has shown that just such behavior was legislated by authorities and the public did nothing in response.  Men performed experiments on children and adults and murdered them in the name of science.  They were not breaking any laws.  So, millions were discarded while millions did nothing. Judgment followed.

I graduated from high school in 1973 the same year that five people decided that murdering children would be the law of the land in this country.   We are forty years down the road.  We have lost over 50 million of our fellow citizens.  Now we are selling the murdered children to the highest bidders.  Where is the outrage by those that have the power to change law and practice?  Will there be any changes? The moral law has not changed. Murder will always be unacceptable.

This country is deteriorating faster than any time I have witnessed in my sixty years.  Why?  For the simple reason that we as a nation have abandoned obedience to the moral law.  For what reason?  So man can be in charge of his own life.  There is only one remedy for the downward spiral…repentance; a complete change in direction.  Murdering children for any reason must end and respect for human life restored.  Without that, there is no hope.  The crack began forty years ago. Today the foundation is collapsing quickly.  Stay in the fight, but recognize that judgment is coming…soon. 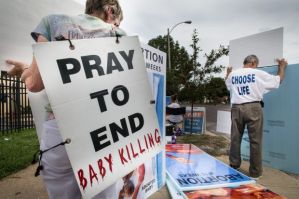